Sharm el Sheikh local sites range from Ras Nasrani in the North to Ras Katy in the South.

One of the most northern Sharm el Sheikh local sites is Ras Nasrani.  It is a popular site as it has a varied topography and can be dived as a drift, semi-drift or mooring dive.  Just around the headland is the most northern site of Ras Gamila, but this exposed site can only be dived in very calm conditions.

Generally the site is dived in a northerly direction but this is subject to currents.  The fringing reef plate is peppered with large sandy bays and then the reef forms into an extended plateau with a dense coral covering.The plateau is a good place to see passing pelagic fish and the large Gorgonia fan corals which grow perpendicular to the current.

Ras Nasrani can also be dived as a mooring dive.  The dive starts a little further South.  The beginning of the dive is a wall dive with very pretty shallow corals.  As a mooring dive it is possible to go on to the plateau but only when there is very little current.

White Knight is one of the most popular Sharm el Sheikh dive sites due to its versatility; basically there is something for everyone and it’s a great site for PADI specialities. The main feature is the impressive open canyon.  You can enter the canyon mouth from the sandy plateau at around eight meters, or go through the little swim through.

At eighteen meters there is another off-shoot cave which can be explored by those who are qualifiedas lights and lines are required.  Most divers exit the canyon at around 28 meters and begin to slowly ascend using a multi-level dive plan.

If you follow the reef around to the left from the canyon and make a loop back to the sandy plateau you will see the Eel garden at around 8-10 meters.   If you follow around to the right you will eventually find a small wreck of a dive boat which sank in 1994.

Shark’s Bay is one of the few Sharm el Sheikh dive sites which is accessible by land offering a great opportunity for shore divers.   The site is generally used as a training site as there is a nice sandy area for skill sets and pretty coral gardens to explore – making it ideal for students first open water dives.

There is also an open canyon which starts at around 18m, this is perfect for the PADI deep diver speciality or the core dive for the PADI advanced open water course.

Far Garden dive site is the northern headland to the Middle Garden site.  It can be dived as either a mooring, semi-drift or drift dive although the current is normally very light.  The topography is mainly a sloping wall but at the beginning of the dive there are quite a few large coral pinnacles with some Gorgonian Fan corals.

Don’t forget to look out into the blue on this dive, as Far Garden is one of the Sharm el Sheikh local sites which Manta Rays like to frequent.

Middle Garden is a large sheltered bay. The site is very protected from the weather making it an ideal site for the first holiday dive or for Discover SCUBA diving dives.

The fringing reef drops down between 2-3 meters to a large sandy area.  This gently sloping sand area is dotted with small coral heads and is a great space to spot bottom-dwellers like the blue spotted sting ray.  The main reef runs the length of the bay and gently slopes down into the blue, it is cut by several sandy ‘roads’ which make navigation easy.

Middle Garden is an ideal site to have a relaxing dive over the reef with a chance to see if anything is cruising by in the blue.  Once in a while Sharm el Sheikh local sites like Middle Garden can surprise you with a sighting of huge turtles, whale sharks or mantas.

Out of all of the Sharm el Sheikh local sites Near Garden is the closest to our jetty – making it ideal for divers to join our dive boat at midday for the afternoon dive.  It is located on the southern headland of Middle Garden or the northern headland of Naama Bay.

This dive can be done as a mooring dive but is more popular with divers as a semi –drift dive.  Divers normally enter where there are several pinnacles making a ridge down the sharp coral slope.   You can then head north along the steep reef until it starts to flatten out as you enter Middle Garden.   If the dive is planned as a semi-drift you can spend the last minutes of the dive exploring the fringing reef which has lots of small inlets.

Naama Bay is a huge bay in the center of the Sharm El Sheikh resort and it just happens to be our very special House Reef.  The Sea Wind Diving Center  is literally steps away from the beach entry to this site.

Due to the shallow incline of the bay and the large soft sandy patches it is used as the premiere training site from PADI Bubblemakers up to PADI IDC training.  However it should not be dismissed as just a place to train.

Dive a little deeper into the bay and you will be greeted with vast sea grass fields with hundreds of small critters to spot and grazing rays and turtles.  There are large coral pinnacles with a plethora of fish life from tiny reflective glass fish to shy sleek Moray Eels.  This site can hold a SCUBA diver’s interest for many dives and that is why we offer our special House Reef Explorer package with up to three dives a day with a buddy.

Tower is one of the Sharm el Sheikh local dive sites which offers stunning topography with a dramatic U-Shaped vertical wall formation.  This site is normally dived as a drift dive in a southerly direction towards Naama Bay, but can also be dived as a shore dive.

Drop in on the wall and swim towards the U-shaped cutting.  Just before the entry to this open cutting , there is a pinnacle rising up like a ‘tower’ hence the dive sites name.  After exploring the vertical canyon and admiring the amazing light the dive continues along the gently reef slope and can finish on the plateau of the site named Sodfa which has a collection of delicate fan corals

Amphora dive site offers an easy to navigate gentle coral reef slope with the opportunity to spot some ancient relics of amphora.  The pottery amphora lie at around 28 meters and after years of lying on the seabed are now richly encrusted in coral making them quite difficult to find.

After the Ras Um Sid headland there are a string of Sharm el Sheikh local dive sites which tend to blend into each other.  This is not to say they should not be dived, but more that you can easily start your dive in one site and finish on another.

Most of these sites are dived as drift dives; making it easy to continue along the reef wall from one to another.  One of these sites is Turtle Bay which is often dived with the wall dive of Paradise.  The wall dive slowly changes into a gentle coral slope which has many beautiful soft corals.

Ras Um Sid is possibly one of the most exciting Sharm el Sheikh local dive sites.  It’s a site which has a bit of everything including mixed topography, the potential of pelagic sightings and fast currents.

If there is very little current it can be dived as a mooring dive, but be careful that the current doesn’t pick up on the corner making it difficult to return to the exit point whether that is the boat or shore.

Preferably it is dived as a semi-drift or drift dive.  The dive starts with a steep wall which has a beautiful set of Gorgonian fan corals, it then transforms into a huge plateau. The current tends to whip divers around the corner and occasionally can push them out over the plateau.  It is on the plateau that divers can often spot large pelagic species cruising by.

The shallows offer some beautiful hard and soft coral formations which in the shallow water show their splendid colours.  This makes the safety stop even more enjoyable as the reef is teeming with small fish life.

Temple dive site is in the southern area of Sharm el Sheikh local dive sites.  It is a nice easy dive with interesting topography which can keep you exploring for ages.  The sight as it names suggests is made up of several massive coral blocks which rise up from the sea bed to within meters of the surface.

The main block is surrounded by smaller pinnacles making it look like an ancient underwater temple.  The dive is usually done as a mooring dive, so the trick is to get your navigation correct, not to miss the main attraction and return to your boat – which is easier said than done.

Ras Katy is the first dive site from the main marina in Sharm el Mina.  The boats normally moor between the fringing reef and the top of the main pinnacle, which reaches up to the surface; making it a popular spot for snorkelers as well as divers.

There is a nice sheltered sandy area between the fringing reef and pinnacles which has many pairs of Goby and Shrimp.  The pinnacles form a line parallel to the reef plate, which are covered in pretty soft and hard corals.  Occasionally currents can pick up especially towards the corner in the direction of Temple. 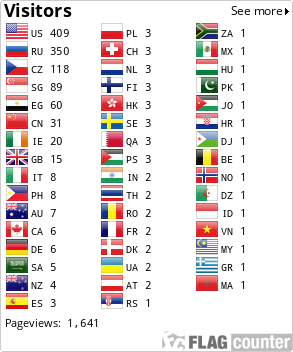